This fall I am celebrating an awesome anniversary: ten years of Going To The Gym. That’s 10 years of learning how to be in my body after 21 years of life kicking me out; 10 years of keeping calm and carrying on; 10 years of getting to be strong and flexible when I thought that experience was only for rich folks.

When I was 21 I went off to the University of Toronto and met another rad weirdo punk girl. We hung out tons and were super similar — except she Went To The Gym and I’d roam off reading Valencia et al. When she asked me to go with her, I scoffed, “um isn’t going to the gym for leisurely rich white people? that’s not me, babe.”

One day after much nuanced discussion regarding how non-owning-class people also benefitted by working out, and appealing to the protestant in me by pointing out that I was paying for it anyway, she convinced me to go with her into our school’s massive gym complex and join her in the pool. I made it fourish laps and then headily woozed my way to the dressing room and thought I might have a heart attack.
Afterwards we sat outside smoking cigarettes [harm reduction!] and I felt…settled in my body, relaxedly tired, I breathed deeply for the first time, perhaps, ever. I had this weird **energy!!** when i got home, and I slept amazingly. I went back with her again and again that fall, branching out to weight training because hey! I always wanted sexy, dykey, cut arm muscles and now I got to try for them.

The UofT was a pretty fancy school [ivy, wealth] and so there were a fair amount of people who appeared to be leisurely rich white folks in expensive workout clothing lifting 5-lb-weights repeatedly who gunked up my groove. Amidst their comfort I started to think: if they can enjoy having a body, why can’t I? If they can aim for strength and muscle-mass, why can’t I? One of the pools was in a building that had a stained-glass roof and I would do the backstroke for a quarter-mile, unable to stop smiling. I got ballsy, rode my bicycle everywhere on the well-marked lanes of Toronto’s downtown core, I stood on my bike and kicked out my legs in joy, rode in the snow and rode in the rain; I rode in heels and rode when my heart was in my throat, breaking.

My friend and I would meet in the sauna after our workouts and scheme, stretch our necks, and breathe. I began to look forward to the focus and quiet I’d get when I went to the gym; began to crave the feeling of actually being in my body after a lifetime of being kicked out; went from being amazed that I was allowed to be there, to being pissed that it took over 20 years to get there.  One aspect that I would call a downside of the way Christianity affects my people [especially women] is that it tells you that your body is somebody elses’ temple, one which you have to ignore — and then you get smacked around for good measure to make sure you really don’t want to stay in there. Not your temple, go somewhere else. Focusing on just *doing things in my body* was, is, an act of resistance.

After I graduated I was “underemployed,” eg selling my plasma for rent and going to the food bank, but with the $24 bucks I could scrounge up for a discounted YMCA membership, the economic panic and stress that being broke and freaked out brings on was mediated when I worked out. I had to stop panicking for as long as I was on the treadmill/in the class; I couldn’t dissociate when I was holding weights and asking my muscles to move them.

What I found was that working out also lessened my anxiety after I was done, that the next day was easier for me to handle, and that some days I wasn’t anxious at all. The harder I worked out, the better the after-effects, too – the minor exhaustion right after a workout would be replaced with a two-day stretch of comfort. I feel, still, like I’ve discovered a secret that no one tells poor and working class people, because we’re not supposed to have the time or the inclination to get in there: You Can Feel Different Ways In Your Body. This is news, this is not something everyone knows.

In the Y in my Central West neighborhood in Toronto, there were people of all makes and models: elder and young, genderqueer/non-conforming, tattooed people, lots of folks not speaking English, people from all over the world, people with their nuclear families and people with their primary partners and slaves carrying their gym bags.

In the years following, I kept up at the gym pretty regularly, and discovered that I enjoyed the endurance and the feeling of pushing myself. I discovered that I am a “gym bottom,” I loved getting bossed around in the classes. I loved bringing my girlfriend and her other girlfriend to the gym with me and putting them through intensive calisthenic routines [hey, I’m a non-gym top]. I loved feeling my feelings rise up to my throat and then ebb out, sweating latent insecurities out of my pores.

Fall 2005, I moved to Bushwick, BK with $1000 to my name and four suitcases to take an admin assistant job at a university that I hoped to fuck worked out because there was no Plan B. They at least had a gym and I got a cut-rate membership. It was like UofT’s in this regard: it was full of the vigor of well-fed children and the confidence money bestows on people. I did not love this gym — it meant staying on the campus of the job I was growing to loathe in order to do the thing I knew I needed to do not to loathe everything else about life. Home, in Brooklyn, the Parks & Rec dep’t offered gym memberships for $75/year and I bought six months’ in cash in late 2005 at a location 5 subway stops from my apartment. Between these two places I made it to the gym 2x a week for my first year in NYC, and missed the fuck out of the Y. I rode the subway too much and missed my bike a LOT, too. 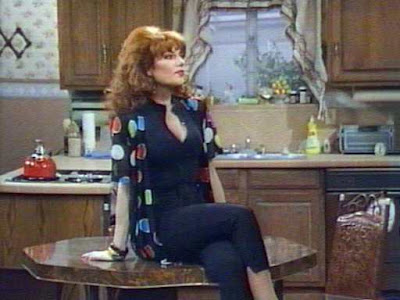 In fall 2006 I moved to BedStuy and discovered Richie’s gym [on Bushwick Ave at Jefferson], about an 8-minute walk away from my apartment and $25/month or $100 6/months for weights, machines, and no questions. 90% Latino dudes weight training and 10% everybody else, I really appreciated not being part of a training team, and thus fading into the background in my gym outfits that looked more and more as if Peg Bundy dressed me. I went to this gym through quitting that awful job, hustling for a few years, starting a dayjob, breaking up with a partner and entering a messy depression [I think it’s called Saturn Return but…]. What I know is this: the less I went to the gym, the more vague and forlorn I felt; but the more I went, the more together I was, the more I could feel my legs, my cunt and my arms, and I was less likely to think about jumping in front of the godforsaken subway when I had to get on it.

Late 2008 I moved to Crown Heights and I FINALLY lived nearish a Y again. There are classes! There is a shower and a sauna! There are people with all kinds of body types naked in a room together! And then I got laid off! I had time again to dedicate to feeling my heart thump, time to get up to intricate cross-national projects — and time to worry about money all over again. But lo, the YMCA takes care of you because you can take that membership with you when you travel. I’ve been to the Y in Portland, Montreal, Austin and Rochester. I get to be a weirdo traveller and stay in shape, I just have to work a little harder.

I’ve found that while working out is the time my mind crystallizes ideas [like this blog post] and when I get home I actually have the energy and focus to implement said ideas. In my time at the gym sometimes I get really frustrated and sometimes I hit walls of sorrow and sometimes I get fucking pissed that I have to do so much goddamn work to achieve a state of resilience. But, I keep going because the payoff is so real and the stakes are so high: I want to live in my body, and I want to feel strong. I work out with one goal: to be strong. I have a mantra I remind myself of when I am tired and don’t feel like pushing on: that I have not met everyone I will want to be strong for yet, and I have not done everything I can with my body. I am so grateful to my friend for bringing me with her to the gym ten years ago. Sticking with it is definitely the reason I am still here, and why I have so much energy to give back. Meet me on the elliptical stairmaster and viva la weight set!

Damien Luxe is a writer and artist living in Brooklyn whose heart is wild and flags floral print. // IG: @ladydluxe